Warli Tribal Paintings belong to the state of Maharashtra, in Western India. The Warli paintings were discovered by the world as late as the seventh decade of the last century. This art form is simple in comparison to the vibrant paintings from Madhubani. The only color used in creating Warli paintings is white. This color is obtained from grounding rice into white powder.

These paintings are mainly created on mud walls of tribal houses. Women are mainly engaged in the creation of these paintings. These paintings do not depict mythological characters or images of deities, but depict social life. Images of human beings and animals, along with scenes from daily life are created in a loose rhythmic pattern. Nestled at the foot of the Western Ghat Range in Maharashtra, India, is the settlement of an ancient tribe known as the Warlis. These tribal people, who survive on forest produce and worship nature, have carved an international niche for themselves by virtue of their artistry. What originated as a domestic ritual of ceremonial beautification is now revered as a folk art of immense value..

The name of the clan has given the name to the art form and today we know it as the Warli Paintings. Artist and scholars believe the painting style to have originated sometime during the tenth century AD, but considering its simple yet vivid expression in form and figures, this school of painting might even be regarded as following a tradition that originated some time in the Neolithic period between 2,500 BC and 3,000 BC. 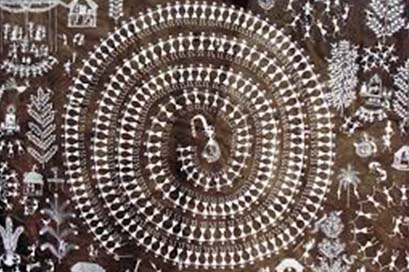 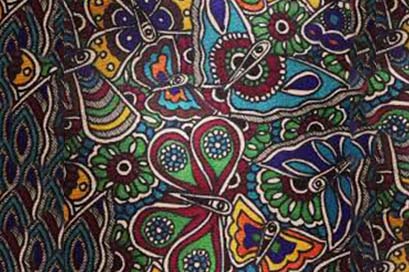 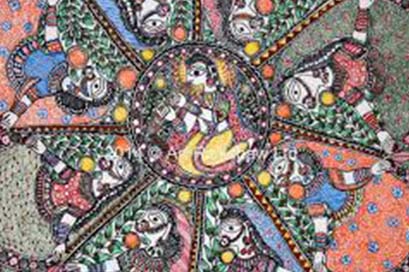